Here we are at last. The 2011 NBA Finals is all set. The West Finals series has just been wrapped up as the Dallas Mavericks wins series 4-1 against Oklahoma City Thunder. While the East Finals has been wrapped up by Miami winning the series 4-1 against Chicago Bulls. It will be West #3 Dallas Mavericks vs East #2 Miami Heat. For 2011 NBA finals schedule, scroll below.

Over 1,200 plus games played in the course of 7 months, the two teams still standing are Miami Heat and Dallas Mavericks, who will face off in the NBA Finals

This NBA Finals is a rematch of the 2006 series which won by Miami in six games. Since Miami Heat had a better record than Dallas Mavericks, they will have home-court advantage and it will be only the second time that the Eastern Conference had home court advantage during the Finals since the end of the Michael Jordan era in 1998. The 2011 NBA Finals series will mark the first time a Finals game is to be played in the month of May since 1986.

The NBA 2011 Finals will be under a Tuesday-Thursday-Sunday rotation, and will begin on Tuesday, May 31, 2011 in Miami.

The 2011 NBA Finals schedule was released by NBA.com.

Watch NBA Finals 2011 live on your cable TVs. There are some cable TV channels that will show the Game live, maybe ESPN, Basketball TV (Philippines), ABC or Solar Sports. So, come and let’s Watch Dallas Mavericks vs Miami Heat Game live 2011 NBA Finals. Watch out for it. Enjoy!

UPDATE FINALS GAME 1: Miami Heat took Game 1 of the NBA 2011 Finals to lead the series 1-0 after beating Dallas 92-84 on Tuesday night. LeBron James and Dwyane Wade combined for 46 points as the Miami Heat used a late-game run to down the Dallas Mavericks. Lebron James scored 24 points with 9 rebounds to lead the Heat. D-Wade added 22 points and Bosh with 19 points. Dirk Nowitzki scored 27 points for the Mavericks.

UPDATE FINALS GAME 2: Dallas Mavericks evened the series at 1 apiece after rallying to win against the Heat 95-93 in Thursday night. Dirk Nowitzki delivers late and Mavericks go on 22-5 run to surprise the Heat to tie the Finals at 1-1. Despite 36 points from Dwyane Wade and a 15-point fourth quarter lead with 6 minutes left, Dirk scored the game-winning bucket with 3.6 seconds left to lift the Mavericks to a Game 2 win. Nowitzki scored 24 points and Marion added 20 points for the Mavs. James added with 20 points for the Heat.

UPDATE FINALS GAME 4: Dallas Mavericks tied the series at 2-2, again, after rallying to win against the Heat 86-83 in Tuesday night. Dirk Nowitzki fought through a 101-degree fever to score 10 of his 21 points in the fourth quarter, including a decisive drive with 14.4 seconds left. Dwyane Wade scored 32 points, but fumbled away the Heat’s final possession. Game 5 is Thursday at the American Airlines Center in Dallas

UPDATE FINALS GAME 5: Dallas Mavericks now leads the series 3-2. Nowitzki scored 29 points, driving for the go-ahead dunk with 2:45 remaining, and the Mavericks beat the Heat 112-103 on Thursday night to take a 3-2 lead. Jason Terry scored eight of his 21 points during a game-ending 17-4 run. Dwyane Wade lead the Heat with 23 points, Chris Bosh added 19 points and 10 rebounds and LeBron James recorded a triple-double with 17 points, 10 assists and 10 boards. Series now return to Miami for Game 6 on Sunday and, if necessary, Game 7 on Tuesday.

UPDATE FINALS GAME 6: The Dallas Mavericks defeated the Miami Heat 105-95 in Game 6 of the NBA Finals, winning the series 4-2. Earned their 1st NBA Championship.Jason Terry scored a game-high 27 points off the bench while forward Dirk Nowitzki, who was named Finals MVP, added 21 points and 11 rebounds to close out the series in Miami in Game 6. The Heat were led by LeBron James, who scored 21 points and had six assists. Forward Chris Bosh added 19 points and eight rebounds while Dwyane Wade added 17 points, eight rebounds and six assists. 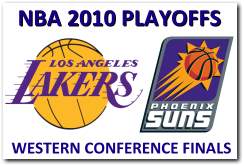