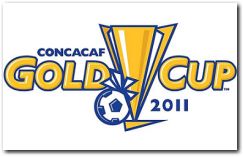 The Gold Cup 2011 Final match between USA and Mexico will be held at the Rose Bowl in Pasadena, California, United States on June 25, 2011 Saturday 9PM ET/1PM GMT.

The winner of the final will qualify for the 2013 FIFA Confederations Cup in Brazil as the representative from CONCACAF.

On the other semifinals match, the United States avenged their earlier defeat to Panama in the group stage with a goal from Clint Dempsey inside the final 15 minutes for a hard-earned 1-0 semi-final win. The Americans will play in the biennial tournament’s championship game for the fourth straight time.

You can watch 2011 Gold Cup Final Live on Fox Soccer Channel in the US, CONCACAF TV in North and South America and, also on Univision, Telefutura, and Galavision in the US but in Spanish coverage.  Some games will also be shown on Sky Sports in United Kingdom. Watch out for it at game time.

(Source: ESPN) Pablo Barrera scored twice as Mexico came from 2-0 down against USA to win a dramatic CONCACAF Gold Cup final 4-2 at the Rose Bowl.

USA appeared to have taken control of the game as Michael Bradley and Landon Donovan put them two goals to the good inside the first quarter of the game, but Barrera and Andres Guardado levelled before the break and the former struck again before Giovani Dos Santos clinched victory.

In front of over 93,000 fans, the hosts took the lead inside eight minutes when Bradley peeled off at the near post to head in Freddy Adu’s corner.

They quickly lost defender Steve Cherundolo to injury before Javier Hernandez twice went close to an equaliser, first heading Dos Santos’ corner over and then firing Barrera’s through-ball against the post.

But the USA went 2-0 up when Clint Dempsey’s through-ball was finished emphatically by Donovan.

Adu shot just wide before Barrera cut the deficit, a low first-time finish from Hernandez’s through-ball bobbling inside the near post, and Guardado equalised from close range after Dos Santos’ cross caused havoc in the States defence.

They took the lead for the first time four minutes after half-time, Barrera latching onto Guardado’s pass and producing a similar finish to that for his first goal, but this time across keeper Tim Howard.

Carlos Bocanegra headed Donovan’s cross wide and Dempsey drilled a left-footed effort against the bar as Bob Bradley’s side sought a response, while Dos Santos went close for Mexico.

But the impressive Tottenham winger saved the best for last as he raced onto Gerardo Torrado’s overhit through-ball and kept his head to track back to the edge of the box before finding the top corner with a perfectly-weighted chip over the head of defender Eric Lichaj.

The result earns El Tri a place in the 2013 Confederations Cup.